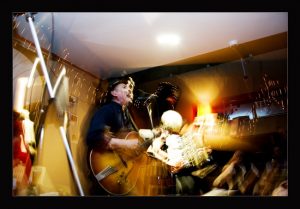 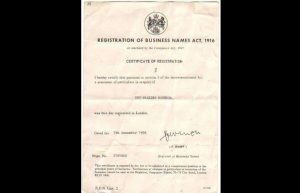 Walking Wounded are a 5 piece band from pre-hipster Hackney in East London playing cutting edge original material in a myriad of styles: from Punk to Arabic to Balkan, Celtic to Reggae, Ska to Rock (and more), featuring: Christine Taylor on accordion; Jonny Owen on harmonica and vocals; Hugh Poulton on vocals and guitar; Zak Poulton on bass (replacing Adrian Teasdale who tragically died 2/2/2021); and Arnold Lane on percussion. Founded in 1976 by Hugh, the band went through various personnel and occasional name changes – for some time as ‘The Politburo’ and then ‘Furious Babes’- 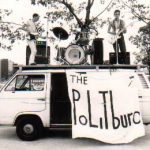 playing essentially punk rock  until the early 1990s when the present incarnation began to emerge from weekly drunken sessions at Hackney’s Chats Palace community centre. The departure of mandolins, banjo and fiddle, and the arrival of Chris on accordion finally solidified the band’s unique sound blending elements of Celtic, Arabic, Balkan, Gypsy, Rock, Reggae, Ska, Punk and even at times tinges of Country and Jazz! Their live act has been honed and perfected and despite being essentially an ‘acoustic’ band they rock with a rare energy and literally work up a sweat.

Don’t be fooled – despite their eclecticism the Wounded retain their distinctive sound that makes them instantly recognisable and the band rock with an energy that many an electric band would envy. The band were one of the winners of the 2004 Glastonbury unsigned bands competition and one of The Guardian’s ‘Best of the rest’ at Glastonbury 2004.

What the Critics Say:

Party musicians, ideal for your local rave up. This bunch are a whole world party on their own . ’ (Folk Roots)

‘This band are fiercely proud of their eclecticism which sees them glide through acoustic punk, Jazz and pop.(Mojo)

‘Having been industriously plying their blend of gypsy celtic eastern european bluesy reggae punk for thirty years… this East End collective beat gimmicky upstarts like Gogol Bordello and every inept indie schmuck who swapped their Libertines records for Tom Waits ones but kept the titfer, hell, they even predate old Joe and his Mescaleros by a good few moments. They quite possibly have more good moments than that band too, for this is a lovely little record with a similar big hearted embrace of world music lifted directly from the cross-cultural climate of their base camp. ..Retaining a good humour and party heart, it also quite easily outsteps the cliche crusty punk you could be forgiven for thinking of. .. no right on preaching, just righteous infectious grooves and sharply sketched characterisations of the bustle of the borough called the world.’ Stu Gibson www.sleazegrinder.blogspot.com (reviewing the ‘Waiting On The Outside’ album)